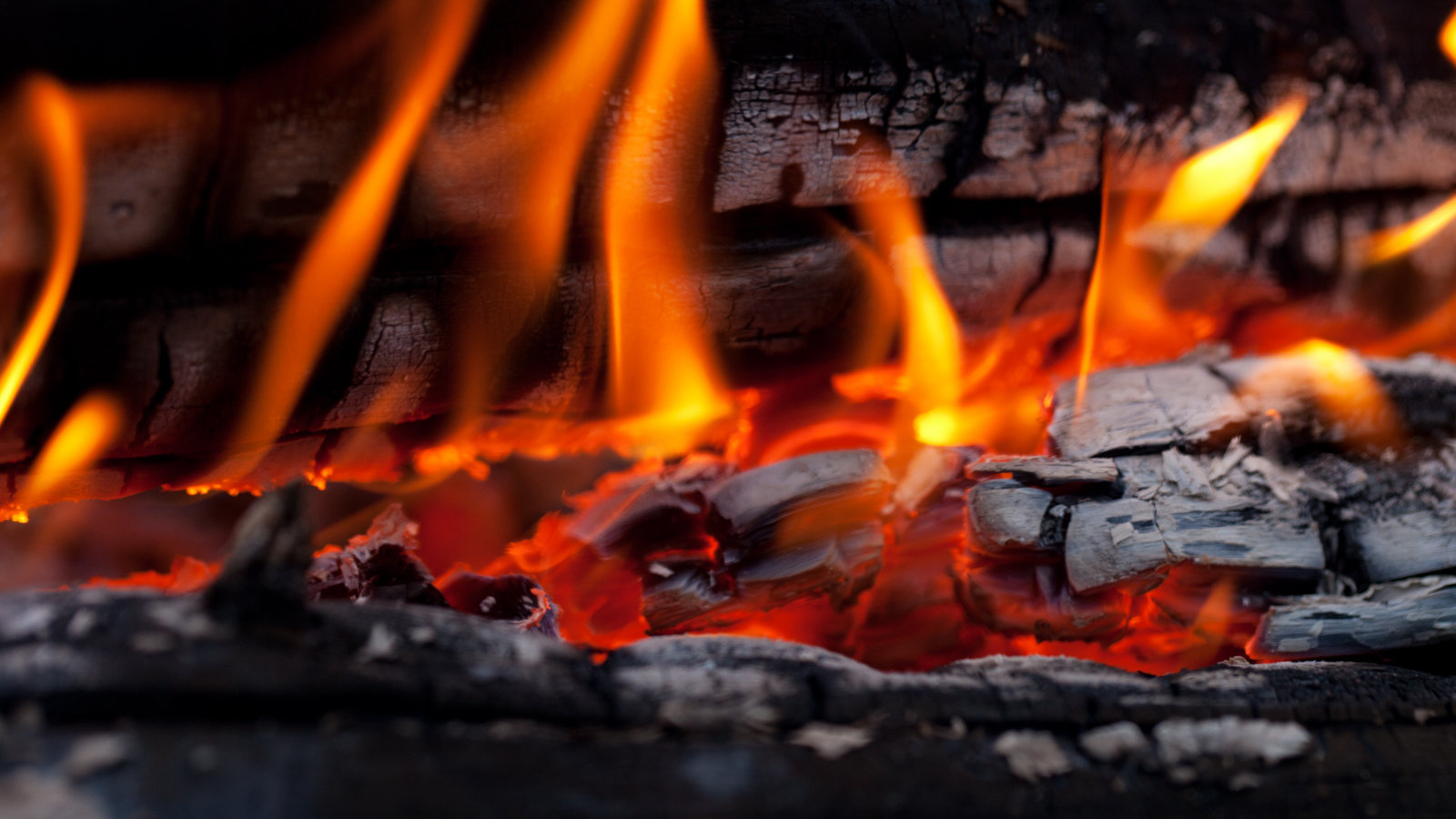 When it comes to food You must always take Your personal preferences into consideration and here I am just laying out the nutrition I found that works best for me. Should You be on a vegan or a vegetarian diet, just replace the protein from a source You include in Your diet. And, of course, check what the allergens are in the suggested foods. Though I’m aiming to point them out, I’m human and make mistakes, so the final call on putting something in Your mouth is always Yours.

Also please don’t take my word as gospel, although I have a background in manual medicine (trained as a Dr of Naprapathy, licensed by the Swedish Board of Health and Welfare) and functional training, as well as over 25 years with a burning interest in nutrition & health, I do not however have a degree in nutrition.

The science of nutrition is incongruent to say the least, utterly contradicting itself, if You’re more cynical. Experts in the same field present scientific “proof” that land on opposite ends of the spectrum and in the end it’s up to each and everyone to make up our minds and find out what works for us.

I’ve just boiled down over 25 years of studying, thinking, trying, twisting, adjusting and start all over again to a way of eating that works really good for me.

Are we OK here?

So, from my point of view there’s no big difference between nutrition at home and outdoors, we need the same macro (protein, fat, carbohydrate – and there is compelling science to reduce those carbs coming up) and micro (vitamins, minerals, phytochemicals, trace elements, etc) elements. The biggest difference for most of us is; higher energy output that needs to be balanced by the food we fuel our activities with.

You need to be a pretty high level athlete back home to not have a significant higher energy output when hiking. If You have a rather sedentary job You might need as much as 2.5 times the calories You’re used to, thankfully there should not be too many people out there who are avid hikers during vacations and weekends and seriously sedentary the rest of the time ?

I imagine that people who like hiking are generally pretty active.

Basically there are only two types of people when it comes to fueling the body:

Let me start with pointing out that there’s nothing wrong with either one, both have there advantages and disadvantages and You can actually train Your body to switch from one modality to the other – provided Your metabolism is healthy.
If You´re already deranged from our western lifestyle and the nutritional advice we´ve received the last few decades I´d recommend You get of the refined and processed stuff most people mistake for food and start eating real, preferably organic produce, animal protein sources and good, healthy fats!
To get more into the science read:
Gary Taubes – “Good calories, bad calories”
David Perlmutter – “Grain brain”
Robb Wolf – “Wired to eat”
to just mention a few!

That said, for our purposes as hikers being well adapted to using fat as a fuel source is a major advantage compared to being dependent on carbohydrates for fueling our activity.

The background here being that fat provides more than double the energy per gram which basically means we don’t have to carry as much food. In addition You can use pure sources of fat like butter, coconut oil, olive oil, etc without any adverse consequences, while higher amounts of concentrated carbohydrates at any given time spike insulin and thereby lead to a drop in energy shortly after the meal.

You probably have already guessed that my personal preference is using fat for fueling my activity and that my body works pretty well on that. This doesn’t mean that it was always like that and it certainly doesn’t imply that carbs are all bad (or that all carbs are bad) and that there’s no room for them during a hike. Carbohydrates are awesome when we need fast energy for very high level activity (like a steep and long uphill climb) or, for some reason, we need to kick in to overdrive at the end of the day. Maybe the weather does’t play ball or the place we planned to stay at turned out to be crowded, so we need to hike on. It happened to me more than once that the weather was just that amazingly good that I just ‘had’  to climb that ridge or go through the next pass, even if it originally was only planned for the next day.

So bringing a certain amount of high quality carbohydrate sources definitely makes sense on any hike, I just don´t like it when carbs make up the bulk of our energy source, especially not when they are ‘fast’ carbs like pasta, rice, bread, cookies, etc. Let me tell you a short story:

On July 31th 2015 my wife at the time, Maria, and I left Riksgränsen (a small tourist station along the road from Kiruna to Narvik) for a 4 week hike. Early on we decided to bring provisions for the entire trip with us from the start which, needless to say, was challenging.

As stated earlier I’m rather fat adapted and enhanced that by cutting out all sugars and most starches a good week before we started the trip. Maria, on the other hand, was mainly eating a vegetarian diet based on fruits and veggies with some nuts, seeds and the occasional cheese.

I thought she was planning too little food and during the last week before departure I persuaded her to dehydrate some beetroot and sweet potatoes, just to have some denser carbohydrates available. Starting out we were both carrying way to heavy loads and the first few days were slow and tedious though we managed to motor along pretty well for the first two weeks. Then came the point when we ran out of beetroot and sweet potatoes and initially this could be managed by stocking up on milk chocolate every time we passed by a cabin selling provisions.

As You probably already know the nutritional value of chocolate doesn’t even come close that of good starchy tubers and You might already have guessed how this ended… Right, the simple sugars and fast carbs in the chocolate couldn’t sustain the energy output for long, I managed to get my hands on some butter and could give Maria my remaining coconut oil and still it didn’t suffice.

A few days into week four her energy levels were plummeting just 90 min after we started in the morning and besides physical hunger and lack of energy it affected her emotionally as well. In the end we cut the tour short a couple of nights and went down to Abisko early.

I, on the other hand, had a totally different experience – I usually eat beef jerky with butter/coconut oil and some nuts for breakfast and when the energy from that meal has been used, my body just continues burning fat from the storages of my body and I didn’t even notice the difference and frankly never got any dips or hunger pangs. During the four weeks I lost more than 7kg (15 lbs) of body weight, most of it fat, all counting as fuel for the tour, adding almost 60 000 calories to the food I carried with me on the tour.

Do You see the advantages of using fuel you already carry on your body instead of having to carry more on Your back?

Let´s do some math here:

On average we carry around 150g (1/3 lb) of glycogen (the storage form of carbs in the body) in the liver and about 300g (2/3 lb) in our muscles. 1g carb counts for 4.2 calories and so we have just under 2000 calories available from stored carbs. When hiking this might not even last half a day, and then it needs to be replenished through food, meaning for every 450g carbs we use, we need to eat the same amount (i.e. carry it with us to have it available for consumption).

Compare that to a 80kg guy, who is pretty lean and carried 12% body fat. That gives us 9.6kg of fat providing 9 calories per gram to add to the game and even if going lower than 2.5% would be extremely unhealthy we still got more than 63 000 calories to burn in excess of the food we carry. And that without needing to replenish these calories during the tour.

Which back pack would You like to carry around?

This should be an absolute no brainer and that said just let me address something here:

Most people in modern society are extremely carb adapted and dependent. If You do go on a hike using the nutritional information above, and at the same time You’re still one of these people, You will be absolutely miserable.

Please acknowledge that You need to be fat adapted first before You can hike using fat as fuel and that different people need different time frames to get to this point in their metabolism.

Always try it out at home and feel how this works out for You before You get out in nature, You might love or hate the experience. It might take You a few days or a week of really bad moods before Your energy is up to par on a fat diet or You might adapt a lot faster or slower.

Most people will feel pretty good after a week or so on a low carb diet, the most important thing to remember is that You never know before You try it out!