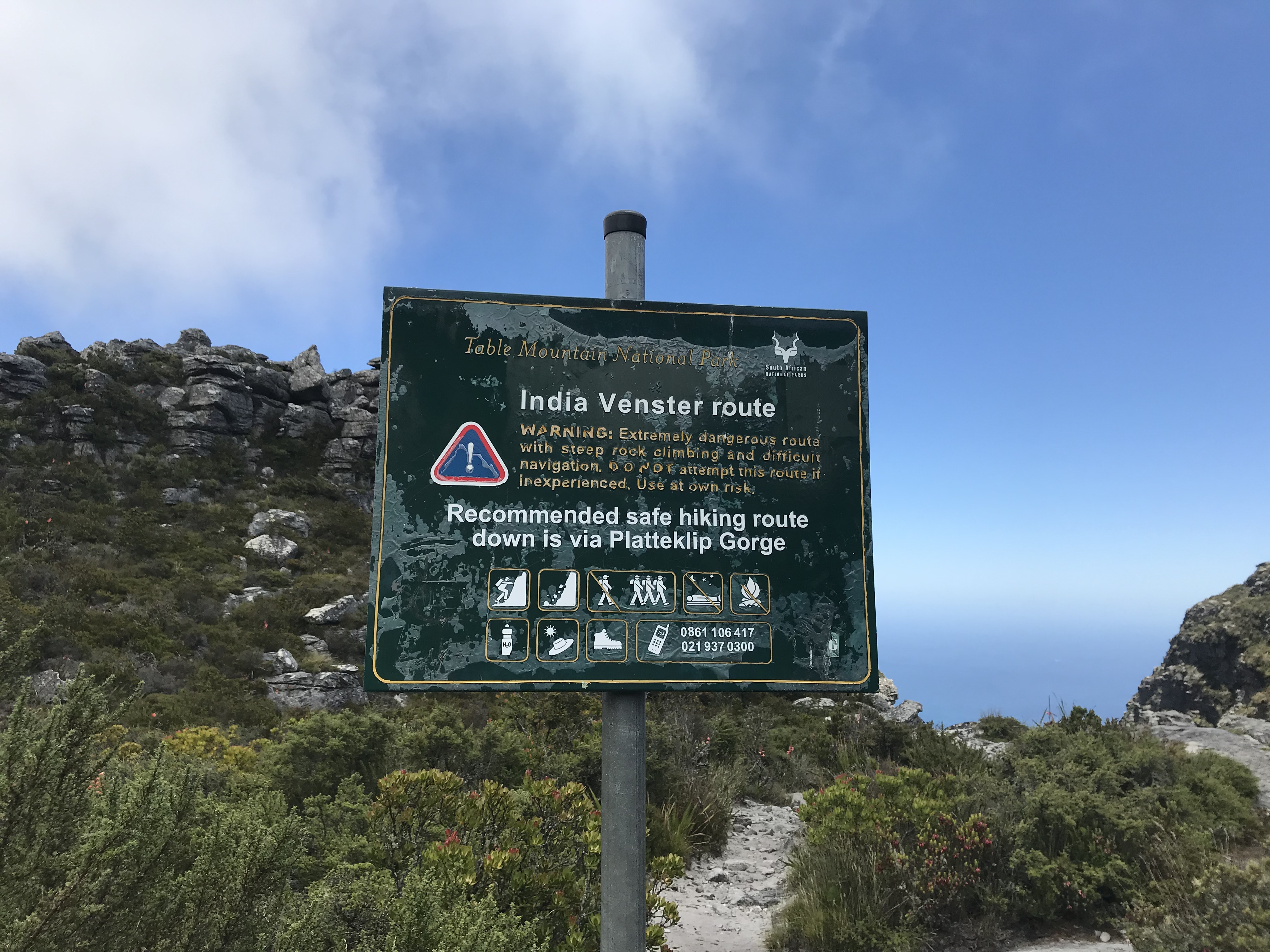 After a really good nights sleep, I felt the urge to compensate all my sitting on a plane the day before with a good chunk of hiking.
Staying at a hotel downtown and with local transport being more of a joke, it seemed just right to start by walking the few km’s up to the trailhead.
Already on beforehand I decided to hike up India Venster, definitely my favorite access way to the mountaintop from last time I was in Cape Town. Lucky enough, the wind was too strong for the cable car to operate and so I already suspected that the top would be nice and quiet.
Not many people on the trail, I passed two couples pretty soon after starting the hike and then didn’t meet anyone until close to the end of the trail, when two guys who originally came up Platterklip gorge and had planned for the cable car on the way down, passed by in the opposite direction.
Here I decided to backtrack my way down to the starting point once having checked out the upper station. I was pretty keen on a coffee and have to admit being a little disappointed when it turned out nothing had opened up for the day… The thought that all the people working up there, of course, got transported with the cable car, hadn’t crossed my mind, and I had built up some expectation of the tasty Flat White I would enjoy once finishing the climb. Anyway, water did have to suffice and soon after my arrival I headed back down, only wearing shorts and a t-shirt was quickly getting chilly in the wind.

Lots of fun going down the same route, just take it easy when it gets steep. You might have found out Yourself it’s sometimes faster going up than down when the gig involves some climbing 😉 Met a few people coming up the trail and passed a group going down after having climbed the Platterklip Gorge and originally wanting to go down by cable car.
Frankly, I was a little baffled by the choice to take this route as an alternative to the cable, it’s definitely not the easiest one!

Anyway, once at the contour path crossing I decided to call it a day and return to my hotel, naturally making a stop for some good coffee on the way!

Please let me know if You tried this route or plan to do so!