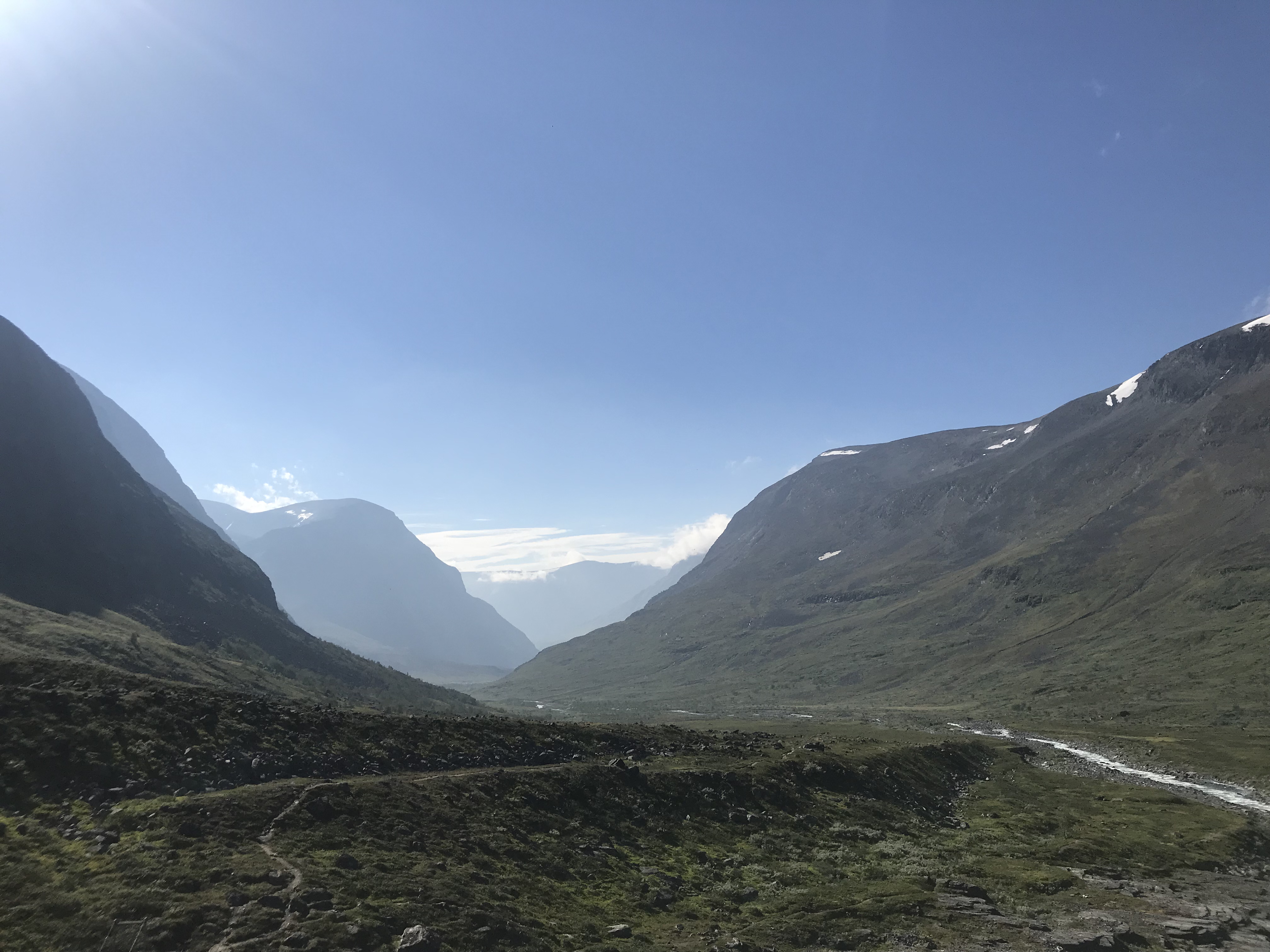 Read more
Camp west of the crossing between Radujavri and Miesakjavri
The day started very relaxed, all woke up rather early and we got going at 9:20 without any rush in the morning! Continuing the trail up valley at a pleasant pace we reached the meadow where we originally planned to camp after just 1 hour and 20 minutes, stopping for a longer snack break.
After another hour we reached the northwest ‘corner’ of Bajip Cazajavri and Cornelia wanted to stop for lunch. That taken care of we followed the trail through the Sami village Alisjavri and continued on the east side of the lake. Soon we heard thunder in the far and looking back the clouds were building up closer and closer. During a short water break we all changed into rain gear, anticipating to get wet soon.
The first rain shower was surprisingly light, yet the thunder storm came closer and moved around in the area. When the first heavy rain hit us we found shelter under a protruding rock formation, moving on as soon as it lightened up.

Not long after we got hit by the next, even heavier shower and reaching the crossing over Godujohka we had to wait a while for the rain to get lighter before we could attempt to cross.

Crossing the river was rather sketchy, I’ve never seen the water flow that high and the current was stronger than I was really comfortable with. At one spot the water was knee high with very strong current and I had to ask the girls to wait in the cold water while I went all the way over to the other side and could come back to help them through the roughest part.
After everyone of us was safely on the other river bank we continued down to the crossing between Radujavri and Miesakjavri. And You really need to love irony as this crossing, that was planned to be an adventurous end of the tour before reaching Kungsleden, ended up being a pretty easy anticlimax after the river crossing right before! We made camp right on the west side of the crossing and used my gear shed to have dinner after killing off the mosquitoes that already found their way in. The rain had started again just shortly after we got our tents set up and I’m so grateful we could still sit together for a meal. Totally worth carrying around those extra 900g! During dinner, we heard voices outside and later they got disturbing enough that I got out to check what was going on. Turns out some family had pitched their tent just about 30m (100ft) away from us, having loud conversations among themselves.
I asked them to quiet down a bit and after that, it was possible to sleep.
Side note: In just short of 30 years up here this is the first time anyone has been inconsiderate enough to pitch a tent that close to my camp when away from the cabins. So most people actually behave very well and enjoy their own privacy as well as respecting others.
We could still hear thunder far in the distance through the early hours of the night and it rained on and off